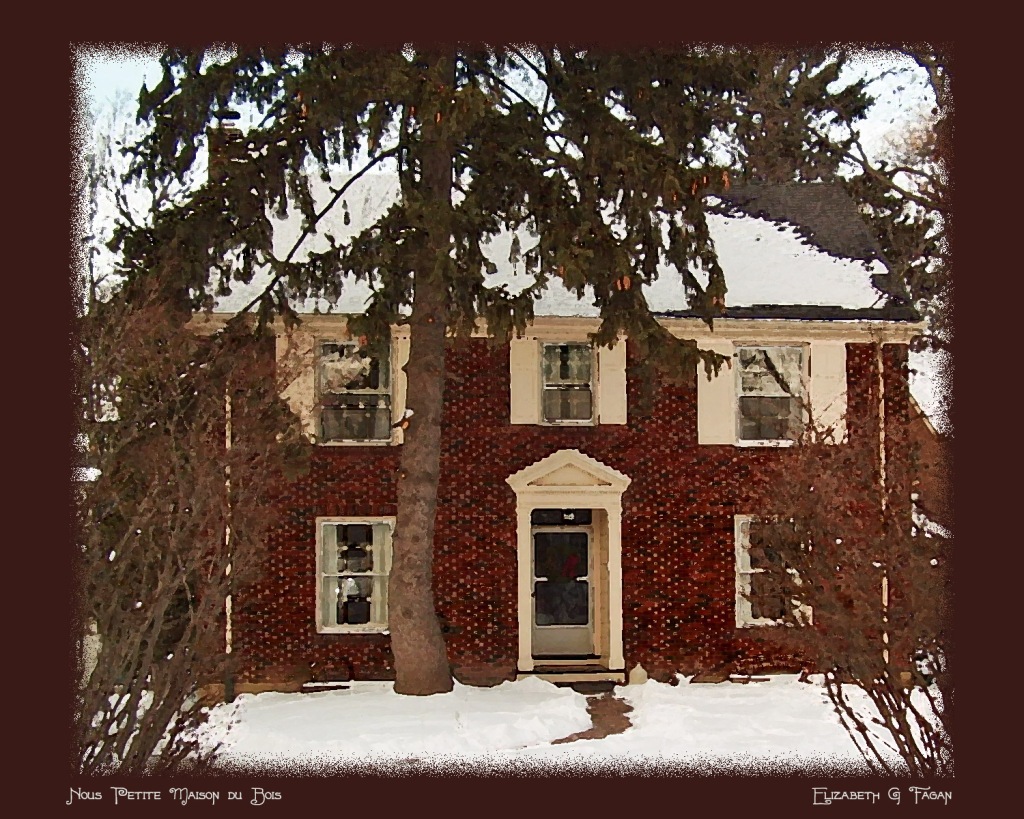 Today is your birthday. Years ago, we celebrated at our Chicago 3-flat. It was a beautiful day. It was your last birthday.

Later that autumn, we settled into our newly acquired historic house. You had been determined to move to your “dream home on Chicago’s North Shore” (your words) before the end of the year. I did not want to leave the city but had longed for a German Shepherd since I was lonely kid. We looked at 90 properties before we found the one that accommodated both our dreams.

Entering the house was entering a different time. It was completely original to the 1920s, right down to the ice boxes. It sat at the lip of a wooded bluff with a stream at the bottom. At night, coyotes chased deer across the yard. I called the place nous petite maison du bois, our little mansion in the woods.

As we unpacked, I played DJ from my corner office, pumping new speakers full of audio gold. When I played Beck’s Bolero, you came and stood in the doorway. While Jeff’s guitar soared and tumbled, we looked at each other wordlessly. We loved each other more than we could say; we knew we had reached individual high-water marks.

Six months later, in the huge master bedroom across the hall, I found you dead in our new king-sized bed. In that instant, my brittle life shattered. You said you would never leave me, but you did. It was the beginning of my descent.

Before we met, in my most troubled times, I had peered into the abyss. After you left, I became a resident of its depths. In the ensuing years, a protective faith in the goodness of life—a belief I never knew I had—fell away, shredded, scattered like a flimsy garment against a tempest.

My savior was the German Shepherd dog Precious Rose vom Felzen Haus, who became simply my Rosie. She and I survived ups and downs of massive magnitudes. She died at age 13. Grief does not dissipate, it accumulates.

I kept the Primitive antique furniture we both loved. I auctioned the Colonials and Victorians I always hated. Movers smashed the little rocker we had determinedly exported from Martha’s Vineyard. I still have the chair I thought was 19th century but is really 18th century. Like my damned life when you were in it, that chair is worth much more than I had believed.

By the way, the little bridge at the end of nous petite maison du bois‘s impossible driveway—the one designed by the guy you called Frank Lloyd Wrong—is now on the National Register of Historic Places.