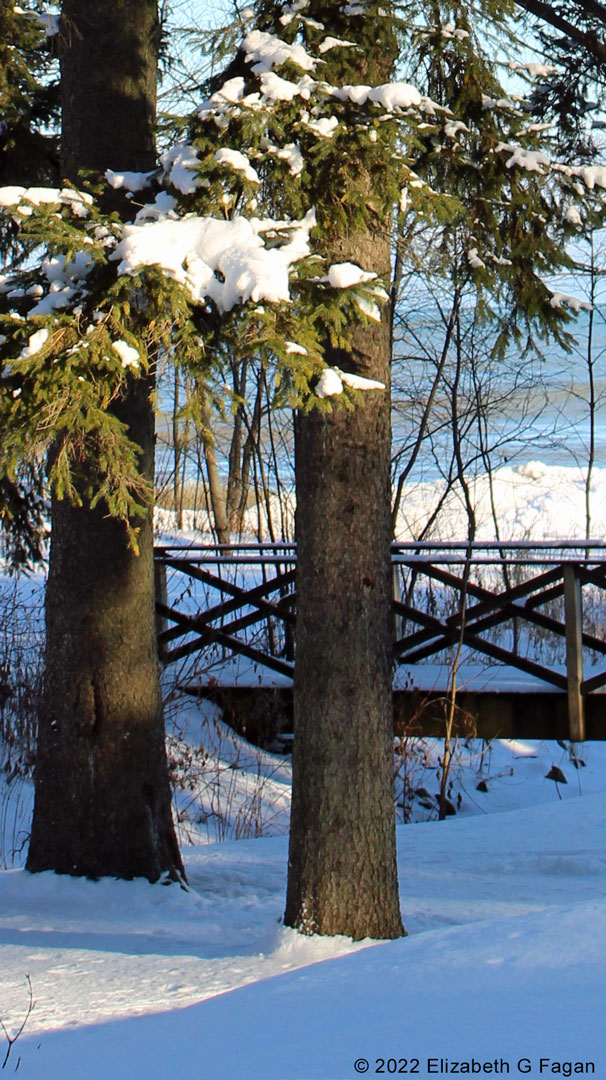 Basking in the near-warmth of an early December, Ozaukee County, WI, residents wonder, “Where’s the snow?” In the Great Lakes region we know all we need to do is wait. In winter, there’s always more than enough of the white stuff.

Whether it lightly powders our evergreens for Christmas or dumps heavily on our sidewalks in March, snow always starts the same way: as water vapor, ice crystals, and dust that collide in very cold clouds. Depending on air temperature, snowflakes take various shapes. The folk wisdom that no two snowflakes can be alike is almost true. It could happen, but the likelihood of two identical snowflakes forming within the lifetime of the universe is indistinguishable from zero.

Any heavy snowfall can be called a snowstorm. In a true blizzard, snow and wind combine to obscure visibility for several hours. Snow shower is a term for an intermittent snowfall, while flurry is used for very light, brief snowfalls. Thundersnow is a thunderstorm with snow instead of rain. While rare anywhere in the world, thundersnow is more common in our Great Lakes region, usually with lake-effect snow.

On the ground, snow texture ranges from the dry, light powder that skiers prefer to the heavy, wet slush that seems to fall on our driveways. Highly branched (dendritic) snow crystals create lower-density, “dry” snow. Columnar or plate-like crystals form dense, “wet” snow. With melting and refreezing cycles, even the most picturesque Christmas snowfall can turn front steps into icy hazard zones by New Year’s Eve.