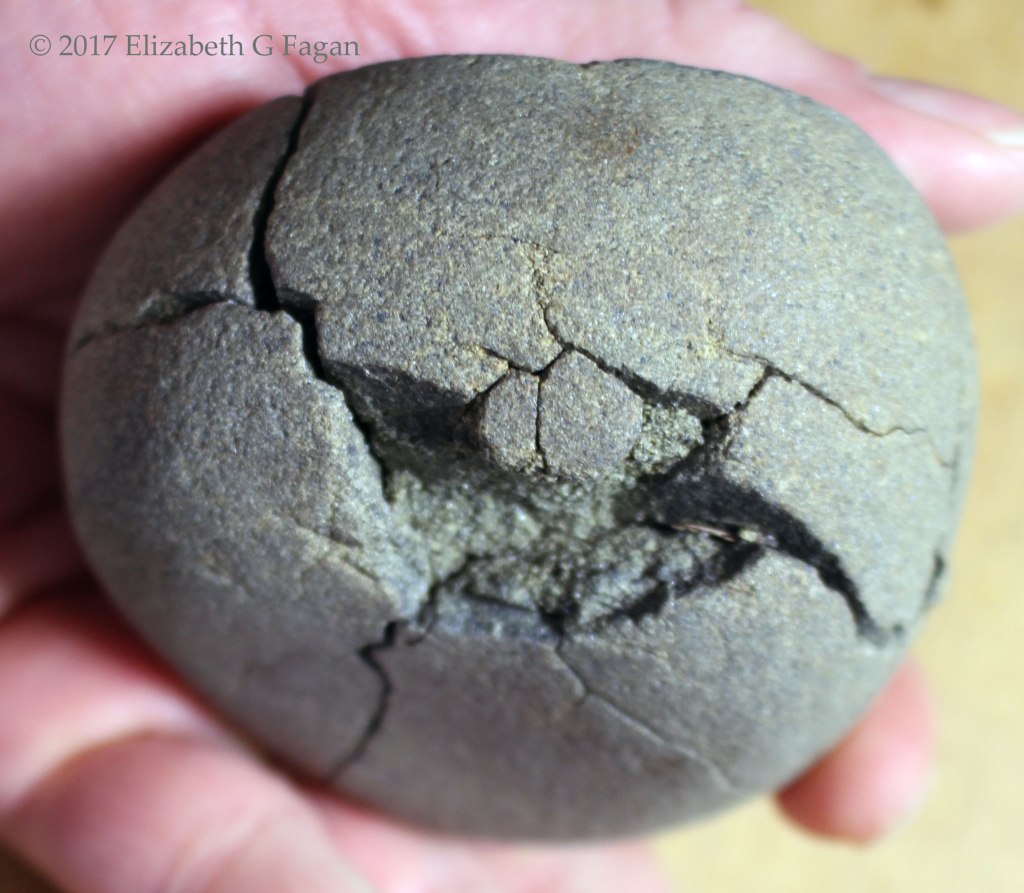 Meteorites are fascinating relics of a universe in transition. They are also the most important clues for determining Earth’s exact age.

One can find meteorites on Great Lakes beaches. Meteorites fall to Earth all the time, and some wash up on the nearest beach. This Martian meteorite shows evidence of its fall—one almost hears the “crack!” it must have made upon impact.

A legacy of war is the technology of weaponry. In World War II, sonar technology allowed the U.S. Navy to locate submarines, a devastating German innovation. In a body of water, sonar bounces sound waves off all that lurks below, then measures distance from the sound’s source. Sonar was technology far better at mapping ocean floors than anything previously. After the war, scientists sailed with sonar devices, discovering evidence to support the somewhat arcane theory of plate tectonics.

In the 1950s and following decades, plate tectonics became accepted science. The theory states that Earth’s surface is made up of hard, crusty pieces—plates—that float on the liquid rock. The plates move around, bang into each other, spread apart from each other, creep from north to south and back again.

When plates collide, one is forced over the other. Rock from the bottom plate is recycled into Earth’s mantle. Over billions of years, little to none of Earth’s original crust remains on the surface. And how would geologists know where to look for it? These facts made determining Earth’s true age difficult.

Astrophysicists explain how the universe formed. They discovered how our solar system was created—the inner rocky planets, the outer gaseous planets, and among them, asteroids and meteoroids. Our solar system formed in a continuous chain of events.

Since the beginning of human history, we have observed rocks falling from the sky. When these meteorites fall in a place like the sandy void of the Sahara Desert, they easily stand out. We are reasonably sure they are in fact meteorites.

Here’s how meteorites tell us how old Earth really is. Let’s assume those meteorites formed at the same time as Earth. If we know their age, we also know Earth’s age. Meteorites are rock-hard pieces of evidence that tell us Earth is 4.567 billion years old.

Elizabeth G Fagan is a professional writer who resides on Lake Michigan’s shoreline in southeastern Wisconsin—a place she calls Lake Michigan’s Left Coast. She’s been writing since she was a teenager.

Fagan attended The Hammonasset School, a private arts high school in Connecticut, where she began writing, taking photographs, and making art. She earned a BA in English at Grinnell College (Grinnell, Iowa) and the University of Illinois, Chicago (UIC). She has an MA in Linguistics with a specialization in teaching English as a second language (ESL) from UIC. She subsequently attended The University of Chicago’s copyediting program. Fagan later gained an associate degree in Web Development from DePaul University, Chicago.