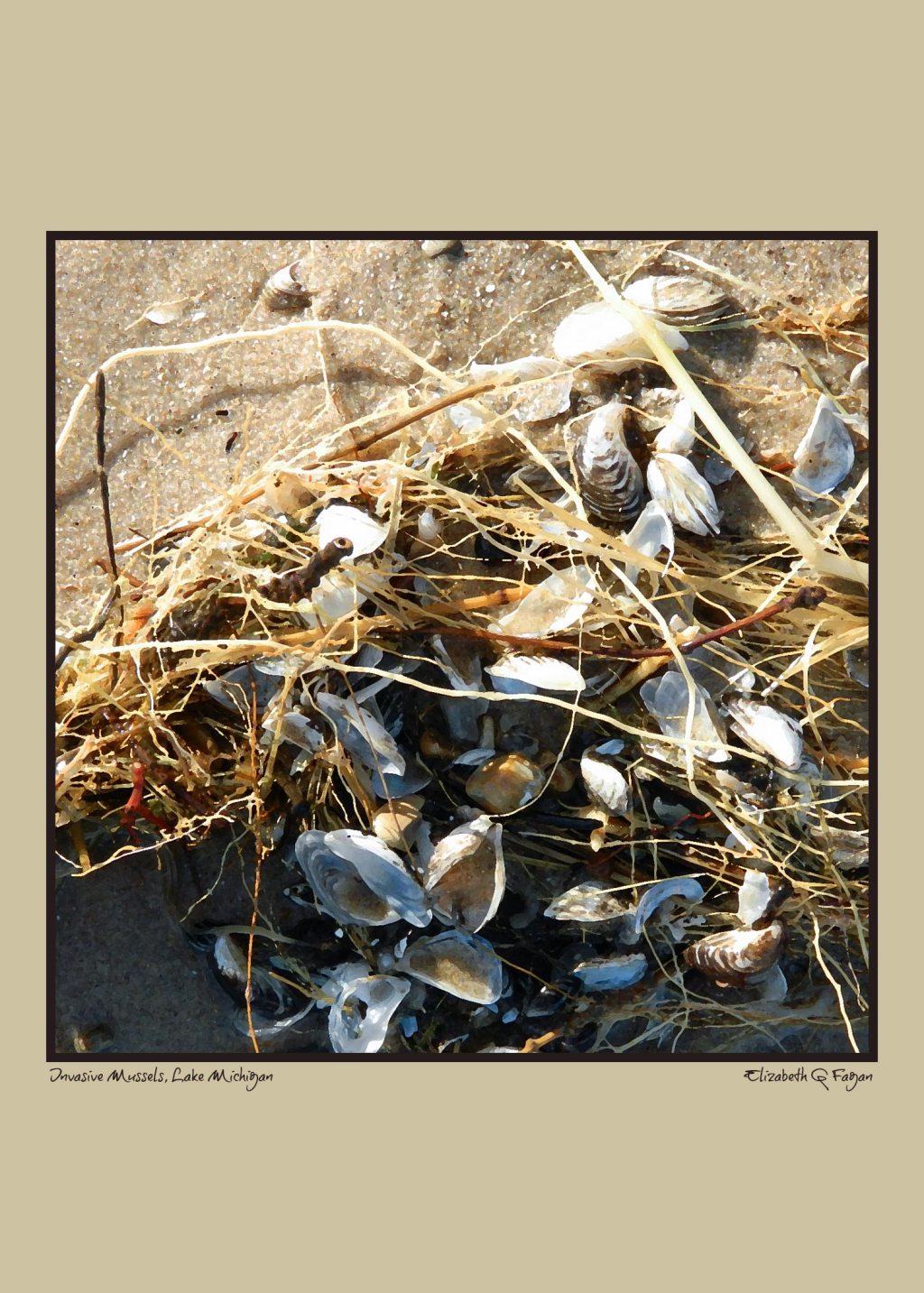 Elizabeth G Fagan volunteered to write the monthly column “Green Talk” for the News Graphic in Ozaukee County, Wisconsin. This essay is from the column’s archives.
See more “Green Talk” >>>

More than two centuries ago, cargo ships released freshwater ballast from the Ural region of Russia into the rivers and lakes of western Europe.

That ballast contained tiny striped hitchhikers. In the 1820s, Londoners spotted the invaders in the Thames River. Over the next 150 years, zebra mussels (Dreissena polymorpha) invaded Europe’s rivers and lakes, reaching Italy’s Lake Garda in the 1970s. Ten years later, zebra mussels hitchhiked across the Atlantic, entered the St. Lawrence Seaway, and began devastating the largest group of freshwater lakes in the world: our Great Lakes.

Invasive species can arrive unintentionally, like the zebra mussel, or intentionally. Garlic mustard (Alliaria petiolata) and wild parsnip (Pastinaca sativa), for example, were transplanted in the 19th century for culinary purposes. Common buckthorn (Rhamnus cathartica) arrived in the same century as an ornamental shrub. But what really matters when it comes to invasives is what happens once they take hold in a new ecosystem.

Rusty crayfish (Orconectes rusticus) arrived in Wisconsin with anglers who used them as bait. Native to the Ohio River basin, rusty crayfish are more aggressive than our native species. They displace native crayfish, eat twice as much (including fish eggs), and fight back when native fish try to eat them. Rusties pull out vegetation, damaging underwater habitat, so that other freshwater creatures are affected. All along the food chain, even small changes have terrible consequences. That is the biggest reason we all need to fight invasive species.